This is part 9 of my review in Layman's terms of the book 'The Art and Science of Low carbohydrate Living' By Jeff S. Volek, PhD, RD & Stephen D. Phinney, MD, PhD

Dietary Carbohydrate and its Insulin response as Stressors of Oxidative Metabolism

All will be explained soon!

Keeping the HUFA levels high are essential and this can only happen with a low carb diet. One 12 week study done by the writers of this book , was done with people with metabolic syndrome , on the low carb diet their insulin resistance reduced by 55% and at the same time their HUFA increased.

We are getting to something!

The study above also confirmed that all participants had metabolic syndrome and by the end of the 12 weeks all of the 16 indicators of inflammation reduced. With other studies confirming a low carb diet reduced inflammation some came back with out a result, the writers believe this is because of non compliance with the diet or the carbs were just not low enough.

A randomized, controlled trial was published in 2001, it was a comparative of 4 diets given to groups of obese women. The most noticeable was the group of women that had insulin resistance lost almost 4 times as much weight on a low carb diet as apposed to a high carb diet. In contrast the women who were insulin sensitive (good) on all 4 diets lost around the same amount of weight but HDL and blood pressure was significantly better in the low carb diet. In Dr Gardner's data it showed that insulin resistance body does not cope well with carbohydrates.

Why Do Many Experts Believe that High fat diets Cause Insulin Resistance?

There are two things that can explain why this is thought;

1/ The definition of high fat -

Studies done in the past have mostly used energy from fat at 35% to 60% and at this level carbohydrate intake of about 25%. studies have show as well that increasing fat percentage from 30% to 60% in animals and in humans , insulin sensitivity gets worse. Where as if the fats were increased to above 60% so carbs are only 15%-20% insulin resistance drops dramatically. So higher fat intake is essential for the low carb diet to work.

2/ Duration of the diet being tested -

It takes at lease 2 weeks on a low carb diet for the adaption to start. Most of the studies being done are only for a couple of days or as little as one meal, no it won't work.

so next time you hear negativity about low carb or high fat diets clarify how much carbs, how much fats, length of study.

Most of the explanations still need to be explained further, but the more studies that are done the right way the better. There is no doubt that low carb has an effect on reducing Insulin Resistance, reducing high blood pressure an d elevating HDL.

I have read these studies and they are fascinating, I only wish that big companies will back some of the studies that go on for 4 weeks . It seems to be avoided by big companies so the money isn't there to prove this point once and for all. Metabolic syndrome and Type -2 diabetes has never got any better it has progressively got worse through the years. why is it getting worse and worse, I have to believe it all comes down to diet. The last 30 years on low fat diets the insulin resistance , metabolic syndrome, type-2 diabetes, inflamitory ailments have only got worse, has to make you think! 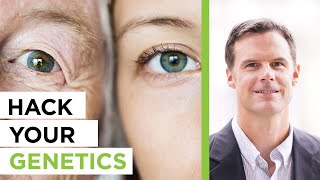 Methylation! is it a Dirty Word